In stock and ready to ship!
We are sorry, this item is temporarily unavailable.

The strongest, richest, and sweetest cinnamon around.

Stronger and more intense than traditional cinnamon, this spicy and robust variety gives a bold and vibrant taste to your baked goods. It's sweeter, more aromatic, and more powerful than the cinnamon commonly sold in supermarkets. Because of its higher oil content, it disperses more fully to deliver a memorable sweet-yet-spicy cinnamon flavor. Considered by many to be the world's finest cinnamon, Vietnamese cinnamon (a.k.a. Saigon cinnamon) is ground from cinnamon grown in Vietnam. Our cinnamon is imported and milled in the USA for the freshest product making our blend a top-seller, demanded by savvy cooks and bakers nationwide. 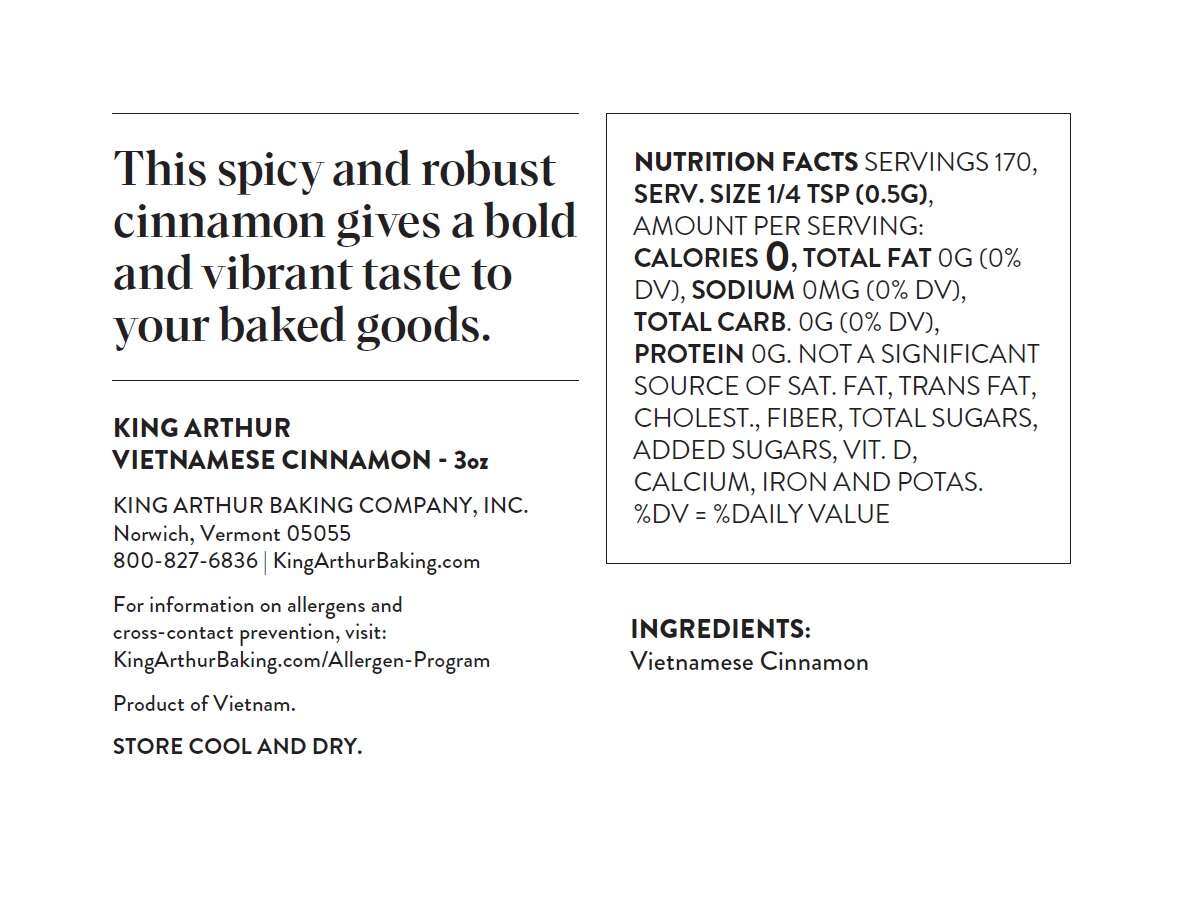